Backbone Entertainment is the result of a 2003 merger between Digital Eclipse Software, Inc and ImaginEngine. Digital Eclipse Software specialized in arcade game emulation and handheld video games, and formerly had studios in Emeryville, California and Vancouver, British Columbia. ImaginEngine specializes in children's software, formerly having studios in San Francisco, California and Boston, Massachusetts. The San Francisco and Emeryville teams were combined at the Emeryville location upon execution of the merger.

One of their first franchise projects as Backbone Entertainment was Death Jr., for the PSP. They have also produced a sequel, Death, Jr. II: Root of Evil, and a Nintendo DS version of the franchise entitled Death Jr. and the Science Fair of Doom. When Death Jr. was first announced, the CEO of Backbone spoke on making DJ a full-featured franchise, with comic books, a TV show, action figures, and more. According to GameRankings, the average review score for the three games in the franchise is a 59%, with Death Jr. and the Science Fair of Doom scoring the lowest overall.

In 2005 the company merged with another video game developer, The Collective, Inc. in Newport Beach, CA to form a new conglomerate, Foundation 9 Entertainment.

An additional studio was formed in 2006 in Charlottetown, Prince Edward Island, but was spun out in 2007 to become Other Ocean Interactive.[3] The Vancouver, British Columbia-based studio of Backbone Entertainment was scaled back in September 2008 and ultimately closed in May 2009, ending the company's presence in Canada.[4] Among that studio's later projects were Sonic Rivals and Sonic Rivals 2.

Another studio was added, KnowWonder, formerly owned by Amaze Entertainment, best known for The Sims 2 DS and The Sims: Bustin' Out. 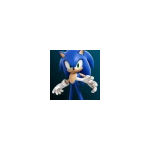