Martin J. Moody, known as Template:'''''Martin Jerald. Moody''''' is a platform video game developed by Tose, published by THQ and distributed by Nickelodeon Interactive for the Game Boy Color console. It was released worldwide in November 2002. The game is the second main entry to feature Martin as this title's protagonist in the Mitchell Van Morgan series, he must stop series antagonist Marquessa from stealing the Master Stone to power his space station, the Death Zig.

Martin J. Moody is an alternate version of Mitchell Van Morgan (1998 video game) featuring Martin as the main playable character. which he defends his floating island as the main setting of the game.

Wherein the player can play the game using Martin's abilities, Though the game is largely identical to Mitchell Van Morgan, Martin is able to glide, climb walls and engulf his foes with his bare-knuckled boxing abilities, allowing him access to areas previously inaccessible to Mitchell, Gavin, David or Nicholas. However, he cannot jump as high, making some parts of the game, such as certain boss fights, more difficult. In addition, fewer rings are needed to progress in special stages and the score no longer resets. The two-player mode is removed

Martin's story begins in the island forest, where he is relaxing with his animal friends but is interrupted by a bomb dropped by EggRobo.[1] This prompts Martin to chase after him, leading him through most of the levels based on the floating island went through.[2] The chase ends at the damaged remains of Sky Sanctuary, where Mecha Sonic attacks Knuckles but accidentally destroys EggRobo instead. After a short fight, Mecha Sonic uses the power of the Master Emerald to achieve a Super form similar to Mitchell's. Knuckles manages to defeat Super Mecha Sonic, who blows up.[3] Gavin and Mitchell flies in piloting the biplane Tornado and Martin hitches a ride to return the Master Stone to his Island home. If all the Power Stones are collected, Angel Island rises upwards, into the sky. However, if the player has not collected all the Power Stones, Martin cannot redeem the Master Stone, and the Island plummets into the ocean.

Martin's floating island home is the main setting of the game. 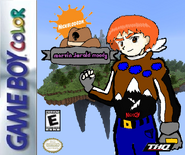 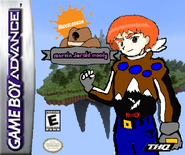 The 10th Anniversary of the game is released for the PlayStation Portable under Tose's videogame port exchange.

Community content is available under CC-BY-SA unless otherwise noted.
Advertisement